If you want to get to The El Fuerte Ruins – first you have to make it to Santa Cruz. Then it is a rather picturesque journey to the lovely Samaipata.

Graffitied streets, freshly-brewed coffee, jewelry shops, hip homestays, falafel joints, cool bars, cosmopolitan residents, peripheral mountains, and relaxed countenance of the humans has made Samaipata stand apart from the rest of Bolivia. Just three hours away (I mean, I say just but that is a LONG way in England but a speck in the ocean in Sudamerica) from Santa Cruz this place thrives in its own energy and enchants everyone who goes there into staying. Otherwise, how could twenty-five (apparently) different nationalities be living there peacefully? Could be the energy from the rock, but more on that a bit later.

Samaipata was really quiet and laid back, as you can see here. Yes it is a hippie/yoga/vegan – you know the sort – paradise but it is also just how the locals now live:

I stayed in Samaipata for 3 days. If my Bolivian visa wasn’t running out the following week, I’d have stayed longer.

How do I get to Samaipata?

From Santa Cruz you can get a collectivo for 30Bs (£3), they leave at Av. Omar Chavez Ortiz/ Soliz de Olguin and take you directly to the central plaza in Samaipata. The trip lasts 3h. They also leave all day long and don’t necessarily wait till full; mine was pretty much a private ride. On the way there I left fairly late and arrived in Samaipata at 10pm at night, so we didn’t stop at the waterfall or view the surroundings. However on the way back 😍😍😍 – ensure your camera is charged as the views are LUSH!

Where did you stay in Samaipata?

I stayed in the originally named Hostel Samaipata. If you’re looking for hostels, they’re all dotted around the square and they’re all a similar price – around 50Bs (£5) per night give or take, with a kitchen included.

When I arrived in Samaipata it was around 10pm at night and I was greeted by quite a grumpy Polish man. I started burbling in Spanish about not expecting to be so late.

“I DO NOT SPEAK SPANISH.”

??? – who the f*ck moves to the middle of nowhere, Bolivia, and still not pick up any Spanish?

“WHY ARE YOU HERE. WHERE IS YOUR FRIEND. DO YOU UNDERSTAND ENGLISH.” 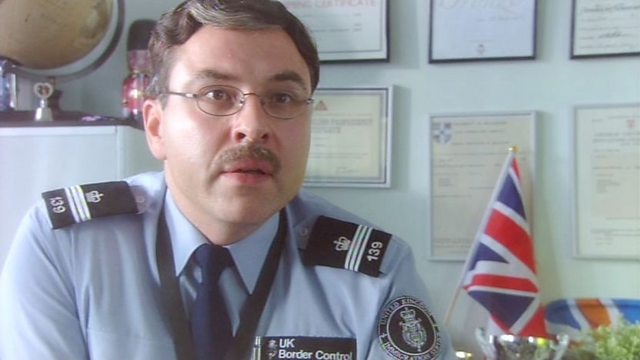 DO YOU UNDERSTAND WHY YOU ARE HERE

I felt a bit like I was being interrogated by Ian Foot. The following day rather than waking up to Lorainne, instead I woke up to a 6ft4 Australian who had the mannerisms of a labrodor. His name was Jed, and like me he wasn’t planning to see Amboro till the following day. Opening up Lonely Planet (Ye Olde Faitheful) we decided to check out The El Fuerte Ruins.

So my new pal Jed and I embarked to the El Fuerte ruins after a hearty breakfast of eggs, bread and… well thats it. Even Bolivia’s self proclaimed hipster capital doesn’t do ‘Dairy Free’ too well, other than Tango Cafe. We then headed in a taxi to The El Fuerte Ruins for 80Bs (£8) return from Plaza 24 de Septiembre – including popping to the waterfall on the way back if your haggling skills are as good as mine.

I mean… don’t get me wrong, it is a nice rock. It is a carved rock. It is something to do if you’ve had enough of smoking and bumming around all of the Tango cafe – I really hope it still exists when whoever is presently reading this goes.

Hahaha did you learn any history whilst at El Fuerte Ruins?

El Fuerte de Samaipata is a pre-Incan, Mojocoyas-period (AD 300) temple ruins site in the Andes Mountains of Bolivia designated by UNESCO as a World Heritage Site. El Fuerte is also Bolivia’s largest pre-Incan site. The Incas conquered the lost city of El Fuerte from the Chane Empire in the 1600’s and lived there until they were invaded. Now that ancient city can only be recognised by the ruins of a temple. The temple ruins are carved on a huge rock jutting out of the mountains.

That is all I got to be honest. It was a very cool rock… thing. With some walls. 🤷🏻‍♀️ Apparently it is believed El Fuerte can transfer special energies to those who visit. Jury is out on that one.

Did you do a tour of The El Fuerte Ruins?

You can take a tour to go to El Fuerte, but I never recommend a tour if you can go to the place yourself. Not that I learned much beyond Google, but hiring a guide unless necessary was not part of my backpacker budget. If you’re a History buff either splash the cash or perhaps read a more informative blog.

Instead Jed and I took our time at these ruins and hiked slowly amidst the mountains to the top while enjoying the greenery around. As you go up the hill, there are many resting places, and we kept bumping into the same people we had crossed on the path earlier. Set amidst mountains and forests, El Fuerte felt like a surreal place.

FYI: take your swimmers ’cause on the way back if you’ve haggled you can swim off the sweat in Las Cuevas waterfall – again normally dead quiet. Score!

Was The El Fuerte Ruins worth the schlep?

Well I think so. It was beautiful, even if I was dubious about its powers and significance.

Many people who visited the ruins didn’t see much value in going there, but I liked seeing the El Fuerte Ruins for the walk uphill and the slow pace at which we did it while thoroughly enjoying our green surroundings and pontificating the history of Bolivia. The breathtaking surroundings of Samaipata and the Amboro National Park were a great place to hear Jed’s stories beginning with but not limited to:

I actually learned a lot from my day out (and subsequent evening listining to The Meters in La Boheme, Samaipata) with Jed, someone I’d never normally come across in my day to day live. Truth be told – and I am more open minded than the majority of my friends – someone I’d avoid and whom I glad I met in a hostel with no previous preconceptions. After an evening of drinks, following around street dogs and me encouraging Jed not to go and find crack in the sleepy town of Samaipata, we wound up cooking and danced to salsa music in the hostel kitchen with some French dudes. It was a bizarre evening.

Perhaps it was the energy from the El Fuerte Ruins afterall.