10 Best Things to Do in Granada, Nicaragua

To be honest I was glad to get off of the Chicken Bus into Granada, Nicaragua. Every 10 minutes between Managua and Granada the bus would stop and a collection of large sweaty women with bingo wings would board shouting “Vigaron! Vigaron”, whilst they waved about a plastic bag containing rather unsavoury looking concoction. Furthermore the bus driver behaved as if he was Darth Vader attempting to use The Force to plummet down the motorway at 200MPH. I was surprised that I arrived in Granada in one piece.

Check out Mombachu in the background!

After dumping our bags in the hostel and meeting our German roommate (who we would later call Herr Klopapier – bog roll in German – after he was caught spying on me having a wee by surprising me with a rant on saving the trees after he caught me flushing my toilet paper down the bog) we hit Granada.

#1 Up your Instagram game and admire the colonial architecture of Granada, Nicaragua

Doesn’t everything look so much better in color? I’ve always thought London would look a lot better with a splash of color. Waterloo Southbank is an ugly concrete jungle – we could vastly improve it by painting the National Theatre in pink and the IBM offices in orange.

Granada is an instagrammers dream with its candy colored buildings and its backdrop of Mombachu. Take a city tour and wander through the streets with your camera and snap away – #nofilter required.

I’m a vegetarian, which means my options in Nicaragua were already limited. After eating my 100th portion of Gallo Pinto I almost thought “sod the animals” and ate some chorizo.

So nice we went twice!

The Garden Café will set you back a few Córdoba’s but it is worth it. The smoothies are incredible – not the watered down sh*t you often get at touristy places.

#3 Go to nearby Masaya

Our Chicken Bus to Masaya

Masaya Market is easily accessibly on a Chicken Bus and takes about 30 minutes to get to. It is a colourful colonial market – perfect for buying gifts and trinklets if you go to the right area. My amigo and I didn’t do this initially – instead we got lost and wandered around the local food and produce market.

This is what the local side of the market looked like – where Nicaraguans go to buy their clothes and produce. It is a lot more run down than the touristy side which is sad in my opinion.

This was an interesting experience, and although it was great to see how the locals lived my stomach did churn when I saw how the cheese was kept.

Nicaraguan cheese – warm and covered in flies, its only protection a plastic tarpaulin 🤨

Usually when I see the word “cheese” on a menu I begin to salivate 🤪. From that day onwards whenever I saw “cheese” listed as an ingredient I actually felt rather queasy 🤢. That being said I didn’t come to Nicaragua to eat cheese – Holland or France are much better (and a much shorter flight).

I bought the most beautiful hammock from Masaya Market and paid about 250 Córdobas. It was a rhapsody of blue threads on a handcrafted oak handle and was worth the extra backache to lug around the rest of the country for the next 3 weeks. I schlepped it around Granada, Ometepe and Las Peñitas. It even flew to the Corn Islands and back, alongside surviving both a panga boat and a cargo ship. 3 weeks of pain this hammock caused me.

I left it on my bed at my final hostel in Leon.

TIP: make sure you haggle. You can get quite a decent discount if you ask – never accept first price. Generally each stall sells similar stuff (in fact you’ll find replicas around the whole of Masaya) and the prices are grossly inflated for tourists. Below are some phrases to get you started:

We actually wondered in here by accident to escape from the sweltering heat. The owners decided to charm us (“linda” – they called me which is a complete LIE, clearly to sell me cigars. I know they say be your own #1 fan but I looked like a cross between a sundried tomato and Psycho Bob from The Simpsons). 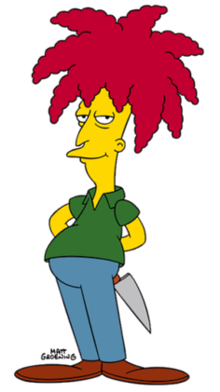 ANYWAY this place turned out to be a hidden gem! We took a tour of the Mombacho Cigar Company in Granada, Nicaragua to learn more about the technique of creating a cigar (from start to finish).

Apparently Nicaraguans have been producing cigars since prehistoric times. During the Spanish conquest of Nicaragua in 1522, the Spanish loved the cigars so much they decided to start shipping the raw materials to factories in Seville. It wasn’t until Cuban exiles arrived in the country that the craft experienced resurgence in its native region. Most of the cigar farming is done in northern Nicaragua and on Ometepe Island. The industry is one of the most significant economies in Nicaragua; it is the second largest producer of cigars in the world (behind the Dominican Republic).

I know absolutely sod all about cigars but these appeared to be the real deal.

#5 Get the best view of Granada atop Iglesia La Merced

This is the church from the outside – climb up into the bell tower to snap away. I’m afraid my phone died by the time I got up to the top so you’ll just have to take my word for it…

I actually got this view from the top of a little tienda on a different day – so not to fear if you don’t make it atop the church!

This was one of my favourite things to do in Nicaragua; my inner Chemistry nerd reared its head and bored my peers with facts on metamorphic rocks (I specialised in Geochemistry at University). Tours cost about $15-20 (we just haggled with a bloke on the street – no need to book in advance); this include the round trip and entry to the Volcano. There are plenty of street vendors dotted around Parque Central square; now you know the price don’t be fobbed off and the more of you there are the bigger the discount!!

I felt like David Attenborough snapping away at the lava. I was so proud of my pictures. This was until I got home and my pals went “is that a curry?” 🧐…

Enjoying a 2-4-1 passionfruit mojito with my amigo in Granada, Nicaragua

La Calzada is Granada’s main tourist stretch, with no shortage of bars and restaurants for you to choose from. Around sunset, lots of great happy hour deals abound — think al fresco 2-4-1 mojitos accompanied by views of the iconic Granada cathedral. Yes please!

Nicaragua’s deepest swimming hole is actually water filled crater in the (now extinct – don’t worry I’m not sending you anywhere unsafe) Apoyo Volcano. The lake is an estimated 200 meters deep! We sadly didn’t make it due to lack of time but I’ve heard it is worth a visit. Laguna de Apoyo is a short drive from Granada and easily accessible by Chicken Bus or taxi.

#9 Stuff your face on the samples at the Granada ChocoMuseo

#10 Basque in the glory of Granada’s Parque Central

TIP: don’t eat at the central Kiosk. I did. Nevermind Parque Central – our table was fly central. I remember looking at my Gallo Pico and Queso thinking, “hmmm, I have a feeling we will meet again” – which I did a couple of hours later. I was sharing a hostel room with 15 others and let me tell you I was unpopular.

TIP: don’t go near sunset – the pigeons (i.e. rats of the sky) go insane when the sun starts to set and you can’t get a peaceful, non-bird-poo filled second. Much better to go in the daytime! Unless you like bird poo – then knock yourself out. Hey – anyone is welcome here on my page, both bird poo lovers and non-bird poo lovers alike.

Strutting my stuff in Granada, Nicaragua